A great circle is the intersect of a sphere and a plane going through the centre of that sphere. The shortest distance between two places on earth is represented by the great circle that links them together. Although the geographical and climatological conditions of the earth prevent shipping from following a great circle course for any long distance, the concept is of the greatest importance for ocean-going navigation. Particularly during the heyday of the sailing clippers, masters deviated as little as possible from these magic lines on their charts. As such, The Great Circle symbolises the significance of Australia's overseas maritime links and indicates the aim of the association to promote the development of maritime history. Figuratively, The Great Circle also expresses its second objective: to encompass all individuals and groups interested in all aspects of maritime history, both in Australia and abroad.

The five diagrams on the back cover (courtesy of Rolf Krackowizer) illustrate some of the ships of significance to Australian and global maritime history: a Dutch East-Indiaman (c. 1700), the barque Parmelia (1825-39), a typical four-masted barque (c. 1900), a British battlecruiser of World War I, and the German containership Sydney Express (1970). 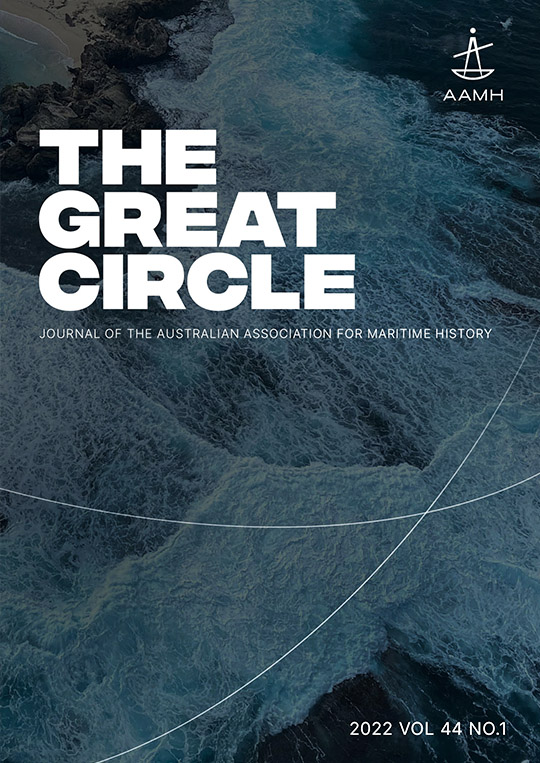 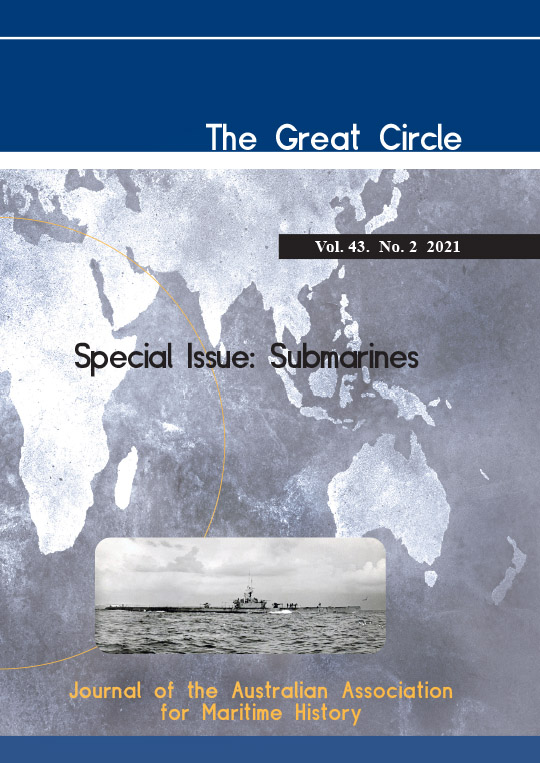 Two separate indexes to the papers and book reviews in The Great Circle volumes have been collated. These files are Adobe Acrobat (pdf) files.

The Australian National Library contain copies of our publications. Past The Great Circle articles are available on JSTOR.